Our second album is here!! 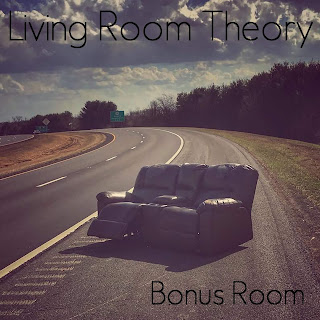 You can find it all places digital music is available.

Chickablekkeh: A lot about this song can be attributed to our drummer, Jeff Ernst. Humming a little melody out to the rest of the band, Gary Ingle adapted his idea into the keyboard motif you hear played on the intro. Copious amounts of jamming ensued, resulting in other parts getting developed & added. It was truly built from the ground up, together, as a band. Hearing that riff on the keys, along with the drumbeat, immediately made me think of bands like the Meters and Funkadelic, along with guitar players such as John Scofield, Robben Ford, and Jim Weider. Another aspect of the song that is directly related to drummer Jeff is the title. Most musicians tend to have some sort of ‘vocal shorthand’ as a way to verbalize their riff or licks, in order to get ideas across to others. Jeff has lots of hilarious onomatopoeias he uses in order to express his drum patterns, “chickablekkeh” being one such example. This is the word used to ‘pronounce’ his intro lick, which can be found at other intervals throughout the song. To truly bring honor to the phrase, we recorded our first gang vocals for this song! Gary Ingle helped with writing and arranging this song and John Deaderick laid down some awesome organ on it.

Breaking Free:
This one is 100% from the mind of Gary Ingle.

Living Room Theory would like to thank: Our families for their advice and supporting us through this all. Gary Ingle for being there with us and helping write, shape, and create some of this music. John Deaderick for helping us out with some keys parts when we needed it. And to all of our close friends who listened to much of the music along the way, as we tweaked it. You gave us thumbs up and motivation to forge ahead!" Special thanks to Terry for the inspirational spark that got us all together, and for tolerating our loud music every week! ❤️
Posted by Living Room Theory at 6:17 PM